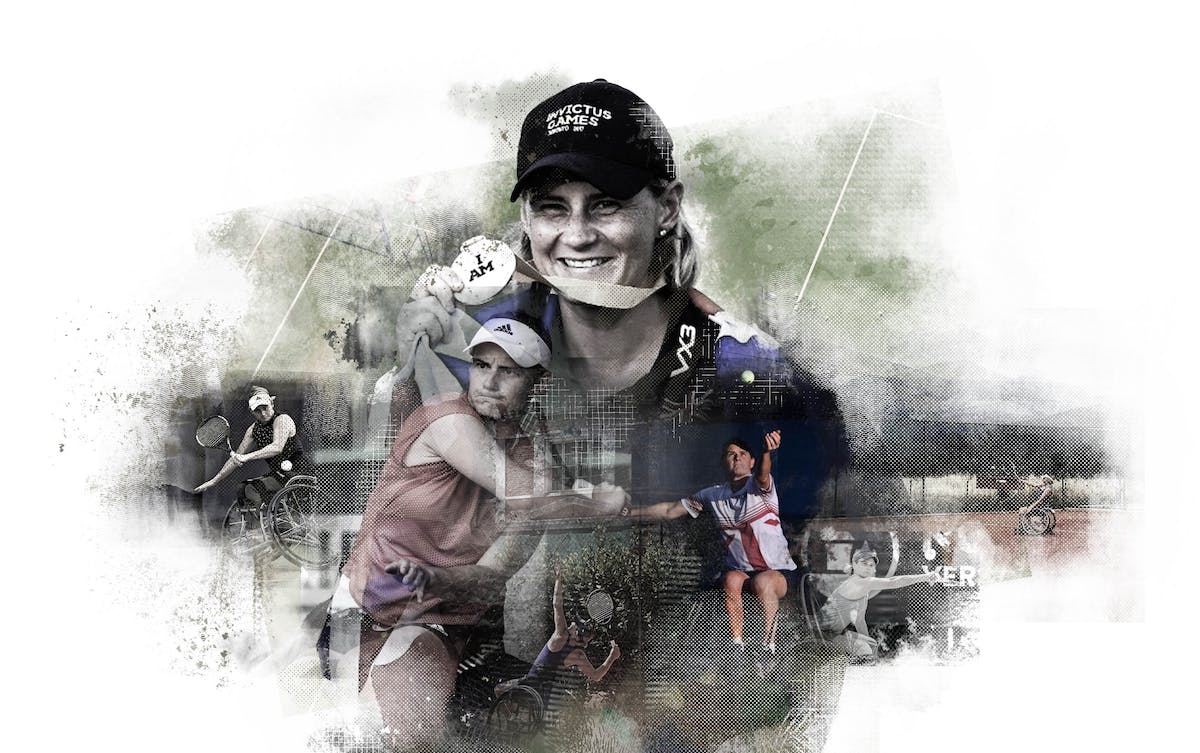 FROM MISADVENTURE TO ADVENTURE

In 2014, while serving in the British Army, I was injured and lost the ability to play able-bodied sports. Three years later, I took up wheelchair tennis and represented the UK at the Invictus Games in Toronto, winning a bronze medal in the doubles event.

My sights are now firmly set on developing my game further while gunning for the 2020 Tokyo Paralympics. When I was nearly 10 years into my Army career I was injured in my right foot and lower leg.

Six months later I was diagnosed with Complex Regional Pain Syndrome (CRPS), a chronic neurological pain condition for which there is no known cure yet.

I was medically discharged from the Army in 2016 and really missed being able to be active and playing sport. Luckily, the British Lawn Tennis Association (LTA) ran taster sessions for players new to wheelchair tennis and I went along to a few of these.

The bug bit again and my passion for the sport guided me to trialling for the 2017 Invictus Games.

I made the team and my doubles partner and I won the bronze medal in the wheelchair tennis event.